It’s been a while. I guess because I’ve been busy, I’ve been feeling drained (emotionally and creatively) and maybe I’ve been a little scared to share things. I started actively posting on Instagram again and I was reminded of how supportive the community is and actually of how much fun it is!

It’s getting to that time when we are all trying to plan holiday activities.

A loooooooves Halloween. Every year she’s wanted to be something cute and pink or fluffy. Here’s a quick trip down memory lane: 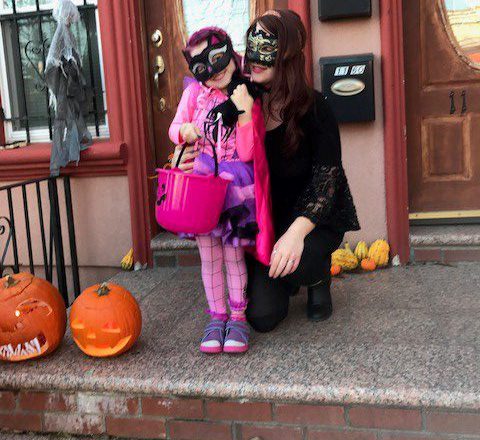 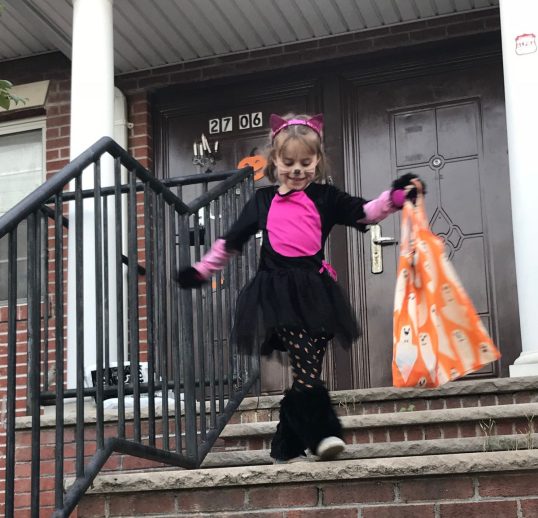 But not this year. This year…she’s exchanged the cute and fluffy to dark and morbid. More on this later.

We did start getting in the spirit with some pumpkin spiced cookies and a ghost craft. I’d never made cheesecloth ghosts before and I don’t think my method created exactly what I wanted, but A had a blast and I think they’re adorable anyway.

This year, Halloween is on a Wednesday which is an H day.

Of course, this has caused a whole host of issues. Who will make/buy A’s costume? Who will take her trick-or-treating? Will we be able to both spend time with her? Usually, on any day that ‘belongs’ to H, all of those answers will effectively cut me and T out of the picture.

But T was able to calmly approach H about it- asked if we could pick A up from school a little early, get her ready, and take her around the neighborhood for an hour.

“Sure, A will like that we’re all doing it together.”

UM. I’m sorry. Is there any ambiguity here? When have we “all” done anything together? And how awkward would that be for “all” of us?? We haven’t returned to this yet, but, at least we figured out one thing: A’s costume. She wants to be a “creepy doll”. Her imagination is wild!! I found some cute things on Amazon, plus they were all under $30: 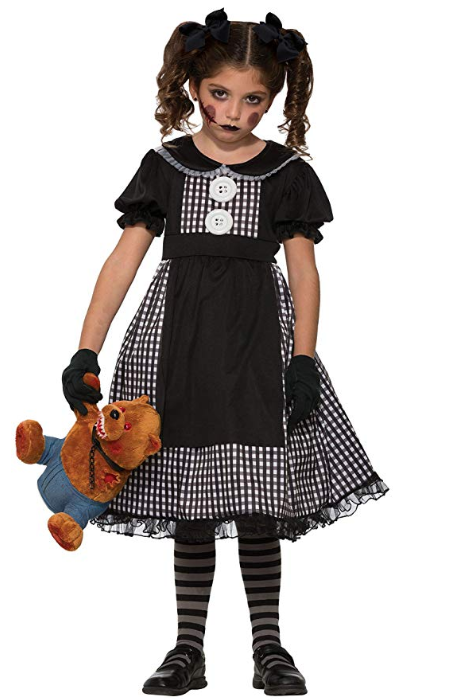 Originally, A said she wanted to be the clown from ‘It”. I immediately said, “No way!”. Not because I didn’t think it would be cool, but I wasn’t sure it was appropriate for a 7-year-old. Should she even know what the clown from “It” is? I didn’t when I was 7! And if I did, I’d be fucking scared! Not her. She loves the creepy and macabre. I’ve read a lot about the fascination kids her age have with the subject, but I’m wondering where to draw the line. I want her to express herself and explore the things that interest her, but I also want her to be a kid. How do you manage your kids’ creepiness?

This is a text widget. The Text Widget allows you to add text or HTML to your sidebar. You can use a text widget to display text, links, images, HTML, or a combination of these. Edit them in the Widget section of the Customizer.